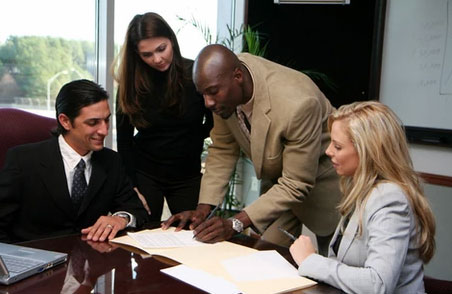 At The Animal Law Firm, our Colorado Animal Attorneys get a lot of questions about ownership rights under a purchase agreement for a dog.

The situation usually goes like this: Elliot buys a dog from ABC Rescue. Elliot signs an adoption or purchase agreement. In the agreement, ABC Rescue has a clause that says, “buyer must provide clean food, water, and adequate shelter for the dog,” “if buyer can no longer take care of the dog, ABC Rescue gets the right of first refusal to take the dog back,” “if buyer violates any of the terms of this agreement, ABC Rescue reserves the right to immediate take possession of the dog.” Or, terms very similar to that. Elliot takes the dog home, the dog has some behavioral problems, and Elliot tries very hard to correct these problems through treats, training, and time. Eventually, Elliot contacts the rescue saying he’s at his wits’ end and needs their help. ABC Rescue interprets this as an admission of relinquishment and starts demanding that Elliot return the dog to them. Elliot becomes upset that they would try to take his dog from him. ABC Rescue gets mad at Elliot because he’s not cooperating. Everyone is upset and one side or the other calls The Animal Law Firm.

The funny thing about contracts is that they are like their own little world that create a new set of “laws,” so to speak, that both parties’ agree to follow. In other words, if you are in Elliot’s shoes:

YOU CAN CONTRACT AWAY YOUR RIGHTS.

BUT! The little world of contracts is controlled by the Statute of Frauds and the Uniform Commercial Code.

The Uniform Commercial Code might apply to your case to prevent your dog from being taken from you.

Under the Contracts Clause of the United States Constitution, our Founding Fathers specifically stated that the government (city, state, federal) cannot make any law abridging a person’s freedom to make a contract. In other words, the Constitution protects you with the freedom to make or not make any contract you want. The only exception to this rule is contracts that are illegal or void on their face (a contract with someone under the age of 18, a contract to buy/sell drugs or sex, things like that).

The Constitution also protects you from the government taking your property from you – but not anyone else. So if you enter into an agreement to buy something and your continued ownership of that thing rests on your ability to comply with the terms of the contract for the rest of the thing’s existence, make sure you really and truly think you can comply with those terms. Because if you don’t, you will have a piece of paper that you signed that may allow the seller to take the property back.

The flipside of this argument is that the Uniform Commercial Code as adopted by Colorado controls the sale of goods. Under the UCC, title transfers upon the sale of goods to the buyer. The only way the seller can maintain title to the property (since dogs are considered property under Colorado law), is if the seller holds a security interest (i.e., think like a lien) in the dog and/or the parties enter into a long-term lease. In short, the seller (the Rescue, in this case) can probably only get damages back on the breach of the contract (you not following one of the terms) if they can prove a breach. Then the question becomes, what are the Rescue’s damages from you not giving the dog a walk every day, following through on training, or whatever term is in the contract that you are accused of breaching.

Obviously, this is tricky and heartbreaking for everyone involved when it comes to a beloved pet, but if you’re unsure about what your risk exposure is in a contract, have an experienced Colorado Animal Attorney review your contract before you sign it.

Our experienced Colorado Pet Lawyers are here to help! Call us today for a free 30 minute consultation to find out how we can help you. 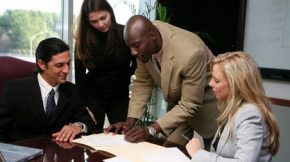 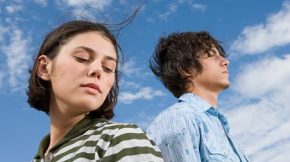 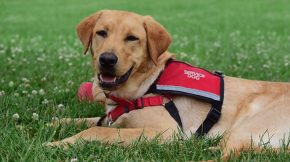 Is your ESA trained? If not, it’s not an ESA.