Pit Bulls and Breed Bans: Is my dog “illegal”? What can I do? 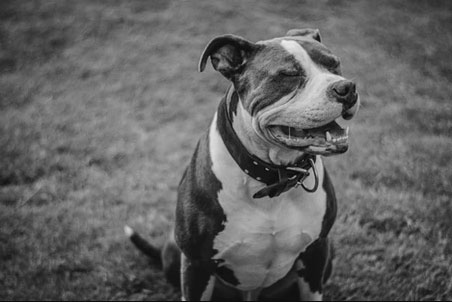 While every city ordinance is different, pit bull type dogs are defined as any dog displaying the majority of physical traits of any one or more of the above breeds, or any dog exhibiting those physical characteristics, which substantially conform to the standards established by the American Kennel Club or United Kennel Club.

In Denver, the ban means that if your dog is reported by a neighbor (or literally anyone) to local police or animal control, your dog will be confiscated and kenneled while an evaluation is performed by the Denver Animal Shelter to determine whether or not your dog’s physical characteristics match the physical characteristics established by the American Kennel Club or United Kennel Club. The evaluation takes 3-5 business days. If your dog is determined to be a pit bull, you will be responsible for the costs of kenneling your dog, in addition to any fines imposed by the municipality. You will then be given the option of moving your dog outside city limits (being careful to avoid other cities with pit bull bans), or leaving your dog at the shelter. You have seven (7) days to file a petition disputing the determination that your dog is a pit bull.

If your dog is found to not be a pit bull, you will not be responsible for any boarding fees. You will also receive a certificate from the Denver Animal Shelter stating your dog is not a pit bull and thus protecting him/her from future harassment.

If your dog is determined to be a pit bull and later found within city limits a second time, your dog will be confiscated and deemed property of the Denver Animal Shelter. You will not be able to retrieve him/her.

Denver and other cities with breed bans were able to pass this law because of the “home rule” exception. “Home rule” municipalities are self-governing under Article 20 of the Constitution of the State of Colorado; Title 31, Article 1, Section 202 of the Colorado Revised Statutes; and the home rule charter of each municipality. The home rule charter determines the form of government and gives municipalities greater control over areas of “local concern.” If a municipal law is challenged on the basis of preemption, which is the doctrine of law that states that a lower level governmental jurisdiction cannot make laws that are contrary to a higher level of governmental jurisdiction, a court must decide on a case by case basis whether or not the proposed municipal legislation is significantly “local” enough to warrant “home rule” jurisdiction to apply over the state law. In this case, Denver’s breed ban was challenged because the State of Colorado used to have a ban on breed bans! The court determined that the concern was local enough to these municipalities that the state ban on breed bans was not applicable.

Historically, pit bulls were called “nanny dogs” because they were used to babysit children. However, media sensationalism and racism have contributed to the hysteria over pit bulls. In an effort to control communities of color, pit bull bans went into effect to force pit bull owners to choose between living in their home city with their pets, or moving outside of city limits and keeping their pets, or not owning a pet of their choice and being limited to only certain breeds “acceptable” to the white community for non-white people to own.

While the constitutionality of the pit bull ban has been upheld, that does not mean that your only option is to give up your beloved pet. Call us today for a FREE consultation to discuss your options! 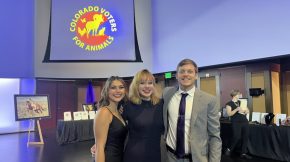 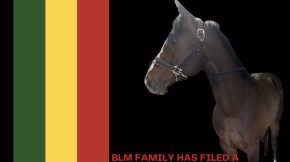 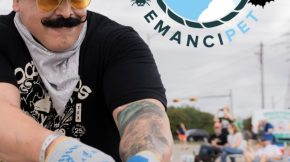 Fighting for the Underdog: Pulling for Pets