Safety of the Mustang – a Capstone Essay 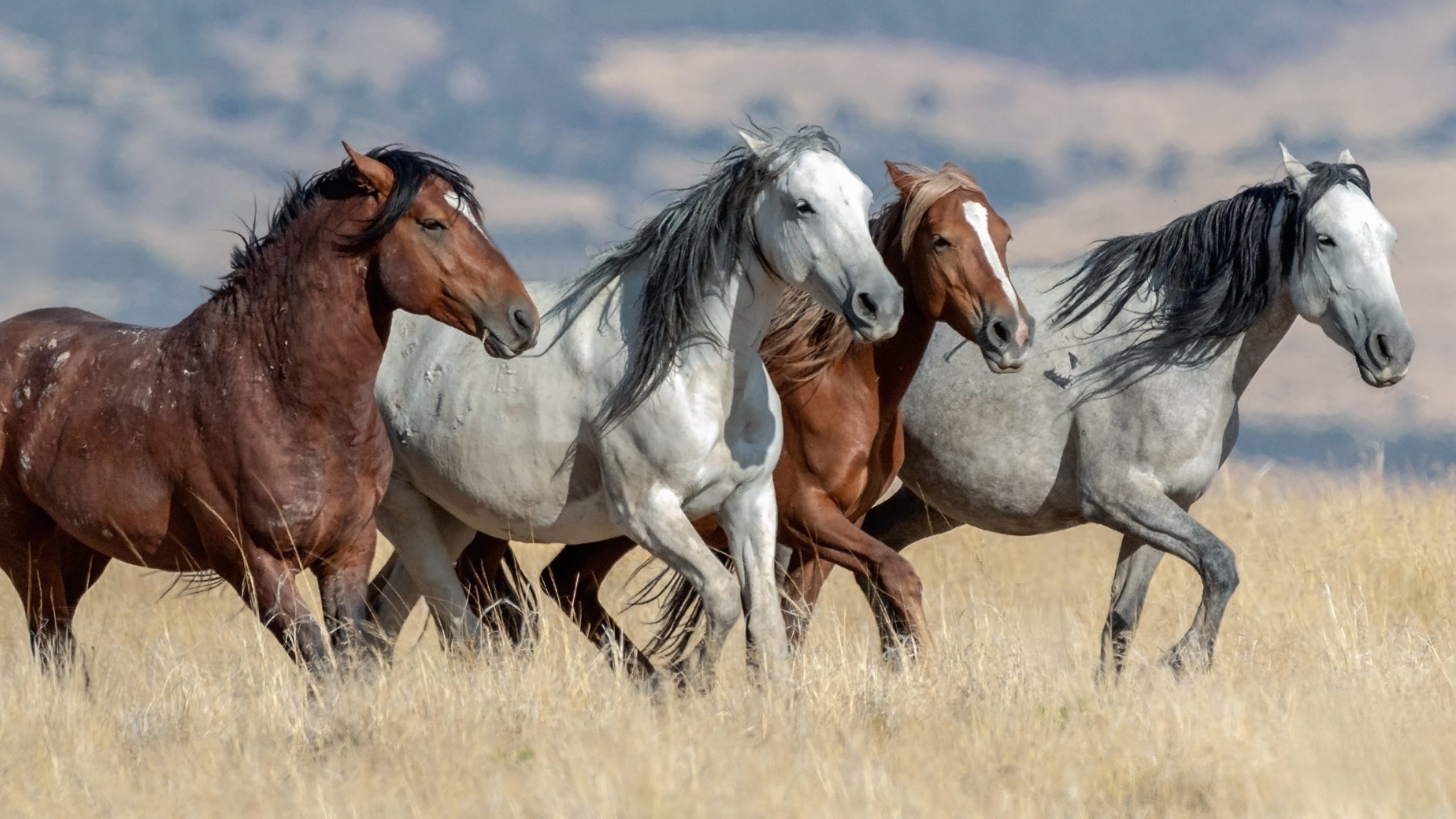 Earlier this year I had the honor and privilege of being a mentor to three very intelligent and driven young women interested in animal rights. The following is an essay graciously donated to The Animal Law Firm’s blog written by Ms. Sabine H. for her school’s Capstone Project. I hope you enjoy her brilliant essay as much as I did.

Safety of the Mustang

A trail of cloudy dust chases the horses up the rugged mountain, through the prickly bushes and golden grasses. As their hooves strike the ground thunder bursts through the valley and a streak of brown, red and black zoom by. Out here there is rock, dirt, sky, and horses.

The land which they live on is public, owned by the government. Contrary to what many believe, horses are not native to North America. These once-domesticated Spanish horses, now called mustangs, were brought to the United States by Spanish explorers. Since then, they have evolved and branched off into different American horse breeds, and have expanded in number throughout the west. Their wild, untamed spirits have been engraved into the Western United States through centuries of roaming the land. They are “​​living symbols of the historic and pioneer spirit of the West” as described by The Wild Horse and Burro Management (FB Wild Horse and Burro Management). However, these beautiful horses have been presented with a huge problem, which could be a threat to many mustangs: They are struggling on the BLM’s land (Bureau of Land Management) to find the right resources to survive. Their number is skyrocketing, and as a result, they often end up in abusive homes or even in slaughterhouses. Starvation and the shipment to abusive homes or to slaughter is a great threat to many mustangs.

The expansive, scenic landscape of the mustang’s territory provides for a breathtaking view, but resources have been dwindling for the mustangs. During the winter, snow is the only source of water they have to drink. During the summer, the ground is even more brittle and dehydrated. The BLM has had to conduct emergency assemblies for horses because of the lack of water. The wild horses are consuming the resources that public lands have to offer, causing an imbalance of the cycle of nature in their ecosystem.

Additionally, according to an article by Slate; Daniel Rubinoff and Christopher Lepczyk say that the grasslands are held together by something called “biotic crusts”, which provide for a glue-like substance made up of mosses and bacterias that holds the soil together and prevents the land from being blown or washed out. As mustangs stampede over these grounds, they loosen and pulverize this fragile substance, leading to reduced fertility and insufficient water absorption. This contributes to the lack of nutrients that wild horses need to survive.

The BLM, a branch of the US government, manages public land which is used by ranchers, towns, and a whole lot of mustangs. The BLM was established in 1946, and its original purpose was to encourage homesteading and westward migration. Today, the BLM uses its time to maintain the lands and keep them healthy. However, with 55,000 wild horses living in government quarters, grasses, shrubs and other plants are disappearing. Eventually the management became more focused on the mineral estate and the activities provided in that area. But the rangeland mustang population then shrunk from 20 million to 3 million, (today only 86,000) and the majority was sent to slaughter, as described by Deseret News, ‘Crisis in the West’.

The issue grew to become a $5 billion wild horse crisis in the United States. Mustangs make up such a big quantity yet such a small number. They take up so much room and eat up a lot of the land, but a vast majority are disappearing. In the words of the American Wild Horse Campaign, the horses are being rounded up “in an attempt to reduce populations to near-extinction levels,” by taking them out of the wild and to auction houses. The disheartening truth is that the majority of horses at auction are taken either directly to kill pens or are sent somewhere so buyers can “fatten them up” and then send them to slaughter with profit. Many go to homes from which they suffer from extreme neglect.

A lot of people think that it is inhumane to drive a herd via a low-flight helicopter into a tight, fenced up area, then to take them to auction. It is not the BLM’s policy to sell or send wild horses to slaughter, but they are sent to auction houses that accept purchasing from kill companies. According to Reining in the Wild Horse Crisis, “Nearly 50,000 wild horses and burros await adoption, costing taxpayers $50 million each year,” and reports by the BLM indicate that there are more mustangs in its holding facilities than in the wild. They are rounded up because the government’s job is to protect and preserve water and food sources when they become scarce. The BLM created a “$1,000-a-head Adoption Incentive Program in 2019 because it wanted to move a huge surplus of mustangs and burros out of government corrals and find them ‘good homes.’ Thousands of first-time adopters signed up, and the bureau hailed the program as a success,” as explained by The New York Times. Dave Phillips goes on to write how “Records show that instead of going to good homes, truckloads of horses were dumped at slaughter auctions as soon as their adopters got the federal money.” The program was to protect wild horses, but instead lead them to danger. Each year, 90,000 to 140,000 horses are sent to slaughter. If these mustangs fall apart, so will the things they helped us establish and our community as a whole.

This issue has brought the attention of large publications such as The New York Times and National Geographic. Through educational articles they have spread the word about this issue and have brought awareness to the entirety of the U.S. on the threat these horses face. In addition, many states have non-profit organizations educating the public on training and rehoming for mustangs. For instance, a local business called Colorado Horse Rescue (found at https://chr.org) finds horses in kill pens, cares for them, then finds them a good, safe, caring home. The rehoming of these horses ensures that they will be safe and have a good life, and never again face auctioning and possible slaughter.

Colorado’s Great Escape Mustang Collaborative (GEMS) provides sanctuary for mustang horses, educational awareness, and trains and rehomes mustangs. Through community and volunteer work, their sanctuary ensures “rehabilitation, foster, training, adoption support and sanctuary to those in need,” as described on the GEM web page. The issue concerns many people, but one woman especially caught the attention of many individuals. Elisa Wallace is a horse trainer and educator, she participates in numerous mustang makeovers and will help find mustangs a good home. Hwin became a well known name, she was a mustang trained by Elisa Wallace in a 120 day makeover. She went from an untouched wild horse to a human’s best friend. These are a few examples of ways this issue was helped and how the outcome became something amazing.

What we are up against is a problem bigger than ourselves, and it will take an entire community to help these mustangs. They face starvation and thirst in the wild. They face abusive homes and execution. These horses are expected to be bought and sold and destroyed like a piece of furniture, but they have lives. They can feel each action people make towards them. If we make these actions good, they can have a happy life, one like they deserve.

In order to solve this complicated issue, the vegetation in the west needs to be healthy and in abundant quality. For this to happen, a rotation system should be introduced. If the horses are reduced to certain areas for each season, it could give the unused land a chance to grow back. Once they rotate, an abundance of food will be provided. Another solution would be to prevent these horses from going to slaughter. There are programs that use incentive payments to pull mustangs out of kill pens, then send them to good homes. Donating, learning, volunteering or buying from a program like this could be a big help. If well educated, experienced owners take home a mustang and provide it with a good loving home, it just might save that horse from abuse, slaughter or starvation. To stop the heart of the issue, the mustang population cannot grow in number. To maintain control over such a large quantity is hard, but vets have attempted reproduction control among herds and it has proved to be successful. There are many things each and every person can do to contribute to solving the mustang crisis.

Mustangs face the threat of starvation, abuse, and even slaughter. The wild horse crisis means that mustangs are overpopulated, so they often end up starved or in kill pens. What they need right now is a safe home. To keep their number from growing and to keep more from suffering, finding them a loving place to live will help them be happy. So in this world we need people that care for the individual lives of these animals, a type of care that keeps the historic mustang spirit lively and thriving. 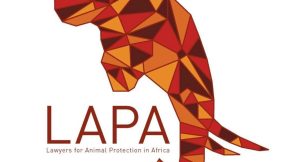 Fighting for the Underdog: LAPA 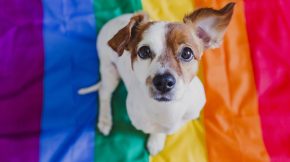